Now I know I like to cite Dan Mitchell from the CATO institute a bit too much. But he has correctly pointed out that the UK is a good model for showing how the laffer curve works.

A funny thing often happens on the way to soaking the rich: They don’t stick around for the bath. Take Britain, where Her Majesty’s Revenue and Customs service reports that the number of taxpayers declaring £1 million a year in income fell by more than 60% in fiscal 2010-2011 from the year before. That was the year that millionaires became liable for the 50% income-tax rate that Gordon Brown’s government introduced in its final days in 2010, up from the previous 40% rate. So, the total number of millionaire tax filers plunged to 6,000 in 2010-2011, from 16,000 in 2009-2010. The new tax was meant to raise about £2.5 billion more revenue. So much for that. In 2009-2010 British millionaires contributed about £13.4 billion to the public coffers, or just under 9% of the total tax liability of all taxpayers that year. At the 50% rate, the shrunken pool yielded £6.5 billion, or about 4.4%.

He also points out the three main points which explain why the laffer curve works:

Finally, I love how he refers to the current government as the squishy Tory-Liberal coalition. I now like to call the tory party the faux-conservatives. They could go much further with their tax cuts and reducing the burden of government but they seem to have lost their backbone.

The state called…they want their child back

Wow, this is a story from yesterday reported in The Telegraph about a child being taken from the womb of a women by order of the state. Apparently, the italian woman had suffered a mental breakdown and the council had made a decision to to remove the baby without the consent of anyone.

Essex social services obtained a High Court order against the woman that allowed her to be forcibly sedated and her child to be taken from her womb.

Furthermore, the baby is now 15months old and social services still refuse to hand it over to the mother even though she has made a full recovery! Her lawyers have described the case as ‘unprecedented’.

Anyway, this story will be discussed in parliament this week. If nothing comes of it, it will just reiterate the facts that the state cannot be trusted and today’s socialists are tomorrow’s conservatives. 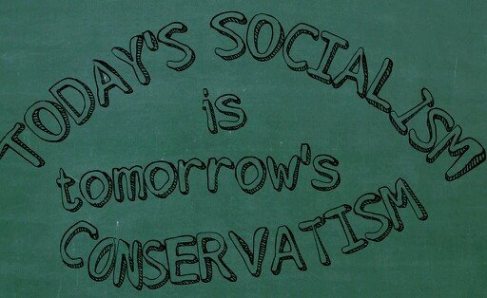